I haven’t updated in forever but it’s been hectic. I’ve barely had any spare time at all! This weekend actually marks the first weekend I’ve had without any plans in over a month. I’ve been seeing friends, spending time with my boyfriend and generally been gallivanting every weekend.

Things are actually okay. I’m the happiest I’ve been in years and I’m sure that’s down to having the most incredible friends and an amazing boyfriend. Other parts of my life could be better, but I’m already working on improving those parts of my life. I can’t complain too much as things have been much worse for me even in the recent past.

I’m making fantastic progress at the gym too. I really want to get back in shape and fit back into all my size 6 clothes so I’m going about it in a healthy way. I’m going to the gym around three times a week and adding more vegetables to my diet. If anyone asked what the hardest part is, it’s definitely not the exercising. That’s easy. It’s having to chomp on vegetables. I don’t mind some vegetables but I’m extremely picky!

I spent a whole week down in Exeter recently and it was one of the best weeks of my life! I was shocked at how easily I slipped back into being a student; it was as though I’d never left. It’s nice to know that some things don’t change. Exeter Uni is much the same. It was great to be back in Exeter in general; it’s a beautiful part of the country and I don’t think I’ll ever get bored of it. I also had the chance to catch up with some of my dearest friends who are still at the uni and I don’t think I’ve laughed or smiled so much in a very long time! Also, I love driving to and from Exeter. Long distance driving is a lot of fun, especially when you have a playlist that’s lit AF.

I also have a new tattoo which is based on traditional henna styles. It took three hours and it’s extremely intricate but it looks lovely. I had it done on my right forearm, which as some of you know has some significance for me. I used to self harm there and I finally feel as though that part of my life is behind me now. I feel happy. Well okay, I still have my awful days and my depression seems to be a life-long thing for me, but things are better. I don’t ever feel the need to self harm anymore. I’m proud of how far I’ve come.

At this point, I wonder if there will ever be a time where I stop writing D&D. I love writing it, but I would love to find…well, love.

I seem to have the worst luck when it comes to fuckboys. The guy I was making heart-eyes over in D&D 10? He was a complete fuckboy. I think he realised after the first date that sex was off the cards completely. He thought he could change my mind about it. For some reason, men seem to think that no matter how strong a woman’s convictions are, they are God’s gift to women and will change her mind somehow. No man is ever that amazing. Even if it was Idris Elba, it wouldn’t happen.

Sorry Idris. I love you but no sexy time.

So I was back in the dating game once again and I found a man who made everything sound so promising. He wasn’t exactly my type but I’m a believer in giving most people a chance if I find we are compatible enough to get along. He actually met me when I was on a night out with my friends. I’d only told him in passing that I’d had a busy day planned but we’d be in a nightclub that evening if he wanted to join us and to my surprise, he turned up. He was courteous and polite. We spent almost an hour outside the nightclub just talking and getting to know each other. After, we exchanged numbers and texted every day until our first official date. That date went swimmingly well. As did our second date. By the end of our second date, I thought that this guy had potential.

But things are very rarely a fairytale, especially in my life.

I was kind of rooting for him.

His true colours were revealed on my birthday, ironically. So for my birthday, I was betrayed and lied to. I have to say, I wouldn’t have coped with the aftermath without my amazing friends (you know who you are). I got over it in time, but I think that what hurt more was another betrayal that blindsided me; he quickly became an afterthought and collateral damage in the end.

Despite this, I am grateful for both the fuckboy and the I’ll Ruin Your Birthday guy too. They both taught me some lessons, which are:

Despite all this drama, I’m still feeling positive. I know I have the love and support of my friends and I couldn’t have picked myself back up without them. I love you guys.

It’s not all doom and gloom though. I’ve decided that I really need to test men out when I date them and not take everything on face value because as I mentioned above, talk is cheap and it’s easy for men to tell you what you want to hear just to get in your pants or take advantage of you in other ways. Looking back, there were many things wrong with Party Pooper guy but I looked past them because he was just so kind and polite and I thought I could compromise. The fact is, I really can’t. I’m bad at compromising when it comes to love and although I used to think that was a flaw, I don’t think it is now. I know what I want and I won’t settle for less because…well, why should I? Why should anyone settle for less?

I’m excited to announce that I do have a date this coming weekend. I’m looking forward to it because the guy is miles apart from the guys I’ve dated recently. He’s intelligent and very interesting. Hopefully it all goes well and I don’t make a complete embarrassment of myself. But at the moment, I’m not reading much into it. A date is just that — getting together to find out more about each other. And if this doesn’t work out? Onto the next date.

I’ve decided that when I can’t write articles, I’ll write updates and they shall be listed as ‘The Memo’…I mean, you’ve got to get the memo, right?

I haven’t had time to write anything creative recently. I haven’t had much time at all. I just started a new job which I’m enjoying, but the hours are long so after my shift, I basically come home and go to bed. However, my body is finally adjusting to the hours so I should be able to write more on my days off.

The job is certainly intriguing. I’ve almost finished my training too. It’s like nothing I’ve ever done before! Exciting times.

Other than that, nothing else has been happening in my life. My love life is still terrible. I seem to get attention from all the kind of guys you really don’t want attention from. I’ll be writing another Dating and Dickpics as and when I get the chance. I actually started messaging someone who seemed promising, only for him to go into  full-on creep mode. Yes, I know I’m just teasing you with that information. Don’t worry. It won’t be long until I write up more D&D.

I haven’t written in a while, for a number of reasons. Things will be improving soon though as I have a list of about a million and one articles that need to get written and published up here.

So here’s what’s been happening in my slightly tragic life.

I feel a little betrayed

The only definitive plan I have

Till the next time,

Just a quick update as I haven’t written in a while. My depression has been pretty bad so I haven’t felt like writing but I’m going to see my doctor next week so we can see what needs to be changed. I probably need a higher dose of my antidepressants or a change of antidepressants. Either way, it’s going to be under control and I need to just focus on that.

I’m also seeing my squad next week and I can’t wait. Friends really do make everything better and I’m lucky enough to have some of the best friends in the world! Undoubtedly, they will cheer me up immensely.

I’m sure my mood will improve (I’m trying to be optimistic about things) so I will get writing soon.

Other bits and pieces:

My life has been pretty hectic over the festive period and I can’t say it’s calming down any time soon, which is largely a good thing. Here’s what’s happening with me at the moment.

Watch this space for more articles and updates!

I thought I’d update everyone on what’s happening because I hate having long silences on here.

Buongiorno a tutti! Thought I’d post a little update about what’s happening in my life at the moment before I get cracking with some writing this weekend. 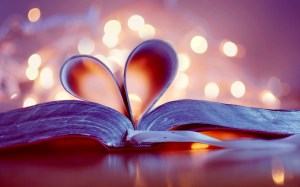 Love is in the air…but it’s completely one-sided

Tyrion is the god of tits and wine, I may well be the goddess

Watch this space! I shall be posting soon; hopefully by the end of this weekend.

I’ve decided to merge this blog with my more personal blog. I don’t see the point of having two separate ones and I hope my rantings and peculiar life are amusing to some readers out there. Besides, I’m confident and proud of who I am so I don’t see why I need to hide behind a veil of anonymity. That being said, this blog will mostly remain a place for my writing and articles.

Some of you probably don’t know much about me, so here’s a little background.